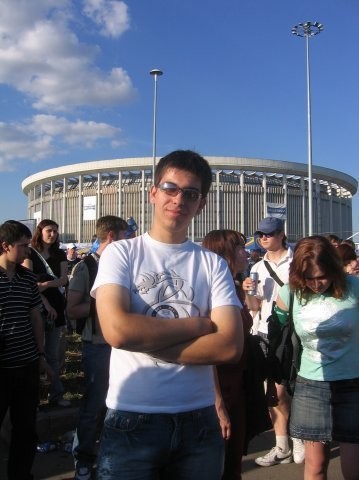 In early 2002, for the first time, it was possible to perform in small restaurants and school discos. The launching pad was one of the St. Petersburg clubs.

After a long search for my favorite sound in 2006, my choice was based on the Drum'n'Bass style and was no longer changed in the future. For 10 years, many works have been created, both timed to some event, and dedicated to the well-known DnB projects.

Here, in October 2010, a series of home podcasts with the same name began, the recording of which continued until April 2016.

From that moment to the present, I decided to suspend activities. But ..... in October 2017, it was decided to resume recording of mainstream podcasts, and if you like them, then I will continue to record them regularly. ;-)

On my page, I'll leave my last most recent and popular work, as well as new entries that you will soon hear :)

In my opinion, music is life, an excellent positive mood and the opportunity to enjoy not only yourself, but also the mass of the same positive people who live on the same "wave" as a musician or DJ :)