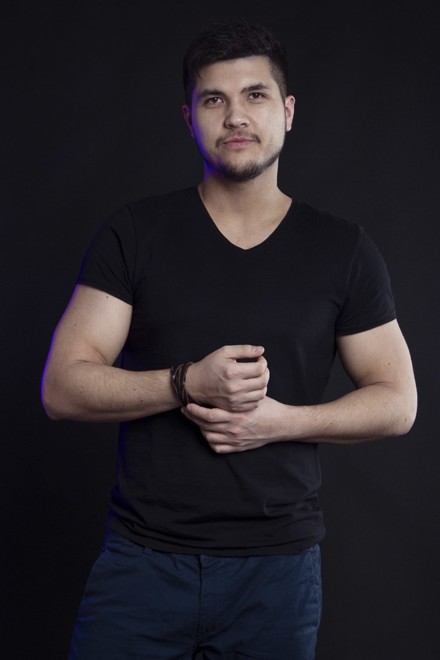 Was born in far 1988г. In the item village Solar Yakutia. Already since the childhood has started to love music and could not fall asleep at times without the tape recorder... Then replaited white bread my musical perceptions here have started to develop in Syzran and already further.
In 6 class has started already in серьез to perceive music, dreams about Dj-ing have started to appear. Began with even then popular group Scooter, then it is natural Prodigy... Breakbeat - that style which thoroughly in me has put love to electronic music! Then tastes have passed to fate, but nevertheless alternative, a rap naturally. But electronics never threw, it with me was always... And here on 2 course of university I have definitively left in club styles, поздирал posters from walls etc. =) Now from ear-phones of my player sound only equal bits House, Electro, Tech-a and broken rhythms Drum'n'bass - and =)) Since 2006 of the beginnings professionally to be engaged Dj th. Has started to run on clubs, in search of work. The club if it was possible it so to name, Hc "Horizon" was the first place, worked free of charge, for idea, but has received representation about work on gland.
Then in 2006г. Has received the invitation to Krk of "50 years of October" from Dj Dimid'roll, for what is grateful to it. It also became my teacher! Has put in me game bases etc. I Continue to move to the dream. In the city worked practically in all basic places of club movement.