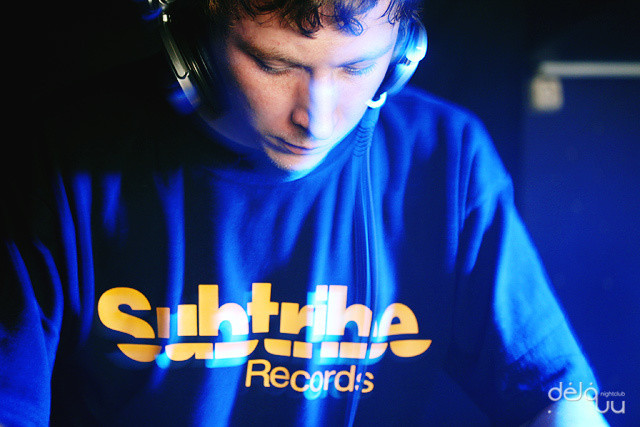 Russian based producer again! Detach already made his name by big release "Megatune" released on Subtribe Records. This time he was supported by spanish producer COLOMBO, the Best Breaks Producer of 2012 by BREAKSPOLL International!

Detach - I'm Not! [SUBTRIBE064] w/ Colombo Remix is OUT NOW! by Subtribe Records

Yreane: "Cool release, guys. Lucky to have Colombo on board."

Llupa: "Cool percussion on the original and I dig the laid back vocal track - cool grooves. Sweet funky groove twist from Colombo - glad he retained the vocal - work really well with his vibes  - love the extra app and acid bits he drops in. cool release - full support here."

Dan (Leuce Rhythms): "Original - Really like the Old Skool acid vibes on this, the rolling bass works well with the other textures and layers, it does feel like its lacking something in the bottom end. The vocal works really well with the track although being a bit blue in the content. Columbo Remix - Quality as usual from one of the best producers in the scene at the moment. Wouldn't expect anything less from Columbo. Pays great homage to the original but still with a lovely pounding bassline underneath - love the bass in the break and the drop after. My favorite out of the two tracks but an overall quality release."

Macho: "Quality release, will play for sure."

Frank Lozano (N-Mitysound Records): "Cool Release, good vocals for this tune and the Colombo Remix is my favorite."

Kickflip: "Original's the one for me in this release!"

Ali Mobius: "Was expecting the Colombo remix to blow the original away but they've both got a good charm to be honest, will support for sure!"

Duane Barry (DSUK): "Awesome release! You're gonna have a #1 with that Colombo remix - funky shit!!"

SK-2: "Solid, driving chuggy bassline business!! The Colombo mix is proof of why this man is worthy of this years Breakspoll Award for best producer.. Possibly my favourite track of 2012 so far!!"

Also, Subtribe Crew and Winter Face giving away a free "I'm Not Promo Mix" by Detach! Don't Miss it!! Up and coming Russian label, Subtribe Records, takes another step forward with the upcoming release with Detach's “Megatune”. It's a big and bouncy break with a heavy dose of dancefloor friendly disco funk flavor. The FX Projekt remix drives the disco to a deeper, more progressive level with a spacy but directional vibe and a pleasantly relentless bassline. Winter Face's remix is my personal favorite. There is a more futuristic texture in the patches, and it mixes perfect with the newer stuff by Justin Faze, and those the other disco-funky breaks that have been coming out like “Hits and Hits” or the “Ring my Bell” remix by Aggressiveness. You know what I'm talking about. If your on that tip, this track is a no-brainer. Look for it when it drops march 14th.

[Compilation] VA - "Heroes of Subtribe. Part One" - Out Now! 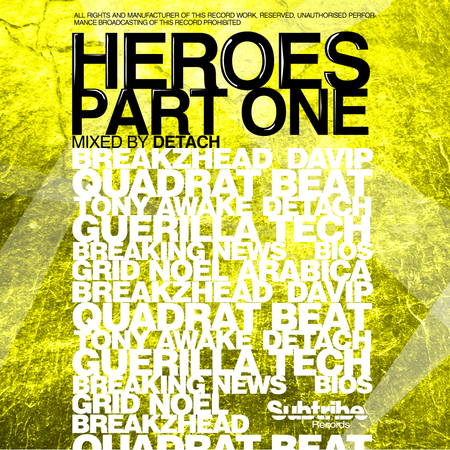 Since 2008 and still the Subtribe Records label continue to bring the fresh vibe to the masses. During this two years the label opened a huge amount of new producers to the world scene: Quadrat Beat, BreakZhead, DaVIP, Guerilla Tech, Breaking News, Tony Awake, Boto, Noel, Grid to name a few...

So this time we've compiled all the best ever released on Subtribe Records including 2 unreleased tunes from Russian's "BreakZhead" and New Zealanders "Boto". To the release of the compilation Detach has prepared a special mix. You can get it absolutely for free HERE

5.BOTO - Snakes Are Too Snakey [Subtribe]

20.NOEL - Volme of a Thousand [Subtribe]

21.NOEL - Circulation of the blood [Subtribe]