In English In Russian
Cyberg, a.k.a Rick Bergmann is a Psy Trance DJ & Producer, specialising in a range of Progressive, and Fullon Psy Trance, signed to Liquid Energy Digital Records, (a sub label of Trance All Stars Records).

Born in Johannesburg (South Africa), he found interest in various forms of Dance music including House, Hard House, Trance and Techno in the early nineties and began his DJ Career on old belt-driven turntables at the age of 14.

Rick played out at his first night club at the age of 17, and secured various Club residencies in the early-mid 2000's.

In 2009 Rick relocated to London and soon secured gigs at various night clubs including Ministry of Sound, Club 414, Pacha (London), Proud, and Gigulum.

Rick continued grow as a DJ and secured a mainstage festival event (Holi One) and various events in Ibiza for IbizaTranceFamily (Cream, Amnesia Pre Party @ Tropi).

During this time Rick had a residency on 1mix radio for a monthly Trance Podcast called Deep Emotions, which has recently ended after 5 years.

Since then, and most recently Rick has launched a new brand alias Cyberg, with 2 Progressive Psy Trance releases out on Liquid Energy Digital.

Cyberg, a.k.a Rick Bergmann is a Psy Trance DJ & Producer, specialising in a range of Progressive, and Fullon Psy Trance, with releases out on Liquid Energy Digital and Geomagnetic Records,. 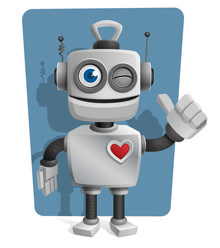