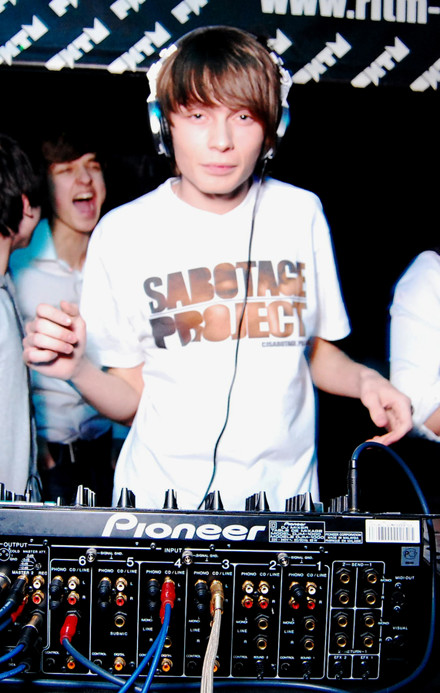 "SABOTAGE PROJECT" - the new project in the world of electronic music.

The founder of the project - musician Michael Grachev.

... "My musical activity has begun in far 1998 when I have gone to musical school on a piano class. It seemed to me boring enough and, having disaccustomed by five years, I tried to write down the versions of tracks, changing ready projects in FL Studio 4. A bit later I together with adherents we create group Alebarda in which I try to write the first tracks.

So, already in couple of months I write down the first disk of the house and then I give to its friends. Long time my creativity was not beyond the small town.

In 2008 I move to Moscow, where for the first time I get an account on PROMO DJ! By 2009 tracks for two collections "Moscow - Poste restante gather..." And "CONFESSIONS". Then for the first time I have got acquainted with Dj Reeves and shortly there is a first remix on my track "Don't stop it!". Soon there is teamwork with other Dj's. Since 2010 project Michael Grachev has stopped the existence. To it on change new pseudonym Cj SABOTAGE and project Sabotage Project consisting of works, written together with other musicians and Dj's "

Now SABOTAGE is a combination of a trance, a house, a techno and other styles.

I love: music, holidays, friends
I hate: plagiarism in all
I recommend: to listen to qualitative music
I am interested: musical novelties, a policy, formation
I am able: to write music