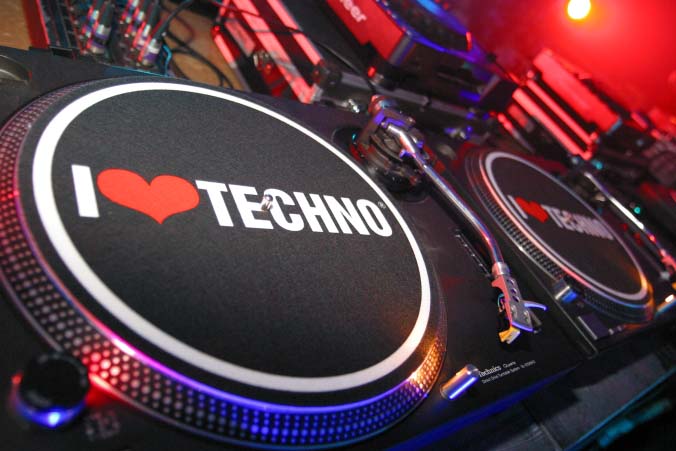 ALEX XANOK - 11 years astride the meridians 55

The name Chris Shuttle first thundered on the techno stage in 1998. His sets are 100% uncompromised techno. Maximum energy output onto the dance floor and impeccable selection of material create an unrepeatable drive that is the hallmark of Shuttle’s performances.

1999 Involved in the creation of the promotional company JAMMING STATION and organization of a series of techno events. The event LOW TECH NIGHTS elicits an influx of positivity in hard-core techno fans to the present day. Concurrently Chris develops the techno caf.. TUBE, which subsequently becomes a cultural center for lovers of techno.

2001: Becomes the art-director and co-owner of the techno club TRUBA. The club fills a unique niche in the history of electronic underground as a place for true adherents to the style.

2002: Regular performances at the most intense events at TUNNEL rightfully designate Chris Shuttle as the most non-standard techno DJ, and the following release of original mixes TECHNOCRAT, SOFT MIX FV and WAY OF THE DJ cement the aesthetic position of “quality, not quantity”.

2004: On tour in Russia and abroad: From Lower Novgorod to Thailand.

2005: Releases his debut album HELIOS 3. The studio work took a year, the result – varied, quality tracks without style restrictions. Upon hearing the first few seconds of which it becomes clear that this will be a serious, all encompassing immersion into contemporary electronic music. The eponymous deserving hit of the club TUNNEL follows Intro. Further tracks awaiting the listener are in the styles of funky-techno, tech-house, tech-trance, and even tech-hop. All tendencies of the contemporary electronic scene are reflected in the album. Especially noteworthy is the track - 2 Punks (hyper break dzen mix) – a TUNNEL club hit - written in the style of nu-school breaks, and the composition Dejavu, which the best DJ’s of St. Petersburg play with pleasure. The album’s final track Vtoroe Dihanie (Second Breath) is the remaster of the hymn of the club TUBE.

From 2005 on - annual participant in the rave DJ Parade and the open-air "Rave Mednoe Ozero". This year Chris Shuttle created the label "MEGAZONE RECORDS" on the bases of his own studio oriented towards the release of original techno music. 29.12.2005 - the successful presentation of the first release, the compilation "TECHNO ODYSSEY", at club "Tunnel".

Since 2005 Chris Shuttle has been an annual participant in DJ PARADE and MEDNOE OZERO.

In using both classical and cutting edge effects in his sets, and playing original compositions from his laptop, Chris Shuttle creates unrepeatable techno live-DJ set masterpieces.

Presently, Chris Shuttle is completing work on his second album, at the same time working as a producer of young musicians.