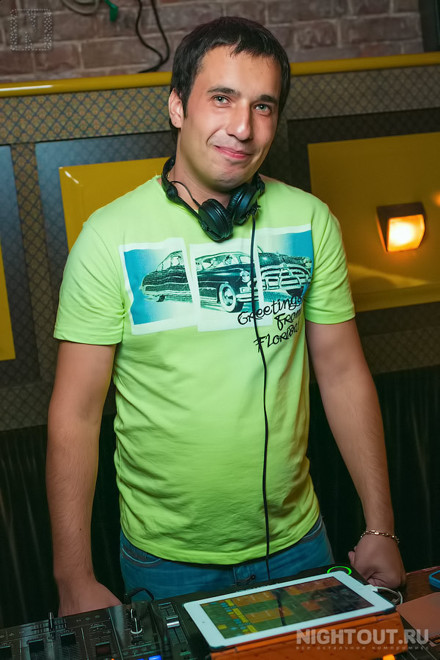 In 1996, he had started to take a great interest in electronic music in the area of Jungle/D'n'B. The hobby has grown into a profession of writing music and DJing.

1998 was the beginning of his career as a dj. Influenced by actors such as: Mickey Finn, Aphrodite, John B, he started to perform in the private events and presentations of Russia and Ukraine. His career as a DJ grew at a rapid pace.

From 2001, he successfully performed on tours, not just across Russia and Ukraine, but also in countries like Spain, Czechia, Cuba and India.

In 2010 he became a founder and participant of project SOULLIVE.RU. "SOULLIVE" is a team of professional DJs, which has wide experience engaging in music. Soullive organizes the largest dancing events in Moscow and other areas of Russia. It created and maintains the first club Internet-radio, and developed innovative media projects. This is just some of the actions taken by this dj on the project.

In 2012 he became a owner and resident of label Ganesha Records (RU). “Ganesha Records” is a creative space, vital for everyone who is interested in modern music culture. Label’s music consists of unexpected experiments, exciting energy and charming melodies – of everything that should be interesting for people who are looking for new emotions.