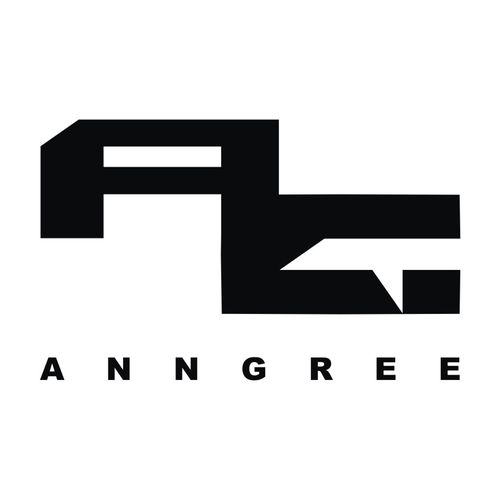 Between 2009-2011 AnnGree was a resident DJ on popular internet radio stations Jungletrain and Darkwax and since 2011 is also resident for Tech:nology and Pirate Sessions.

Welcome to Futurednb, Anya. We love the name AnnGree, where did the name come from?

Hey, thanks! Well, it’s basically the combination of the word “angry” with my name, but spelled a bit different, so Anna + angry = AnnGree=) Also, I think it represents the music I play, it is hard DnB, mostly Neurofunk and Techstep, very angry sometimes=)

What brought you to the UK, was it the english dnb scene? How does it compare to the scene in Russia?

Initially it wasn’t DnB scene, but studying, I’m doing a journalism course at the City Uni in London, but I love DnB scene here. It’s hard to compare to Russia though. I feel like there are more people that like mainstream and jump-up DnB in the UK, whereas In Russia it’s either liquid or very dark DnB like Therapy Sessions.
I still think that there are not enough pure neuro/techstep nights, wish we had more of Renegade Hardware or Tech:nology gigs not only in the UK, but elsewhere.

Who or what are your influences in music? What inspires you the most?

We hear your off to America soon, tell us more?

Yes, I am, but it’s not a tour really, I have a couple of shows lined up, one in West Palm Beach, FL with Kryteria (May 9th) and one in Tampa with BakerActed Productions (May 11th), but I’m just going there to relax and study for the media law exam lol
The actual tour will be later on in Russia, May 18th- St.Petersburg, May 26th- Ryazan, June 2nd - Lipetsk, May 26th, June 1st and June 8th in Moscow.

Do you prefer DJing or making music?

I love DJing, I just like being on stage, i get this super adrenalin/excitement feeling, keeps me up all night=) As to making music, I enjoy it as well, but I’m a beginner producer, so prefer to work in collabs. I have a lot of ideas, but no time to finish them myself.

Are there any up-coming releases we should be on the look out for?

Yes, there will be a release on Dangerous New Age Recordings soon. It’s a tune called “Forgotten” with Live Summit and I’m doing vocals. It’s our second track together, and first one called “Fly High” was in the Beatport’s top 100 DNB releases.

What's been your most memorable moment since being a DJ/Producer?

I guess every moment’s memorable from DJing at local parties to raves and just chatting with some producers on aim or facebook. I’m just enjoying being a DJ. I’m glad that there are a lot of decent people in the scene. But, maybe, my most memorable moment would be my first booking abroad (in Czech Republic), I remember I was really nervous when that happened.

What plans do you have in the future for yourself, what can we expect to see from AnnGree?

Lots and lots, make a lot of music and tour around the world:)

Any other projects you would like to talk about?

Thanks for taking the time to speak to us. Anything else you would like to add, messages, shouts etc?

Yes, thank you for the interview and shouts to the Futurednb team=)
Special thanks to my DNA Rec family and especially to Scoop. Also, big shouts to Kano, Mindstorm, TechItch, Tech:nology crew, Pirate Sessions (Bedford), Kiro, Prolix, Dose, Metalman, Serial Killaz, Nuff Sensi Music, GDM, Sobik Crew, LiveSummit, Flame and all people that supported me. Much love to all!

To stay up to date with AnnGree and listen to her latest music, check out her Soundcloud and links below.