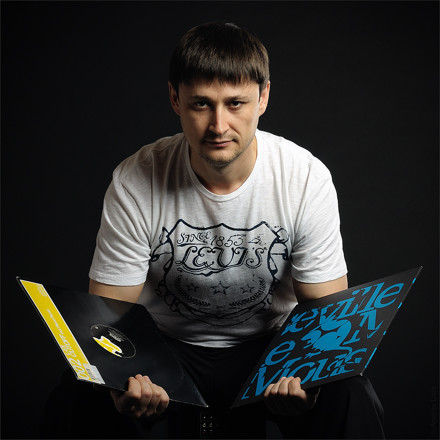 Andrey SeaMan (Omsk,Russia) - From an early age he has been studying electronic music and graduated from music school. He considers himself to be one of the so-called old school DJ's, brought up on the music of such legendary bands such as Kraftwerk, Yellow, Pink Floyd.

Andrey is constantly improving his art of DJing. He has recorded a large number of non-commercial mixes, having great popularity among fans of club music and rotating on many radio stations. Since the summer of 2008, he tried himself as promoter to organize two open airs, which were gratefully accepted by the clubbers and were successful. Now he is a resident of three music radio stations in Russia and the Netherlands.

In January, 2010 he has united his efforts with another sound producer from Russia Vladimir Samoylov (DJ Samoylov) and they had been created new project Minitronix under which brand they have started to produce music in style of a techno and its subgenres. One of their first remix Kirill Koer - I `m Minimal Techno (Minitronix Remix) has entered at once into charts of many DJs and has been rotated on a many music radio stations. In the first month of their joint creativity they had been produced several remixes and own tracks, some of which have already flatter supported by listeners and DJs and being prepared to be released on labels, that speaks about worthy quality and a demand of their electronic music producing. In a creating of music they do not give preference to certain styles of creation and arrangement of music, but try to give unique brightness and atmospheric foundations of techno sounds.

A favorite style of dance music for him is a techno and subgenres, but in all live performances are always present other styles as progressive house, tech house, trance. His sets do not suffer from monotony and are always warmly welcomed on the dance floor.