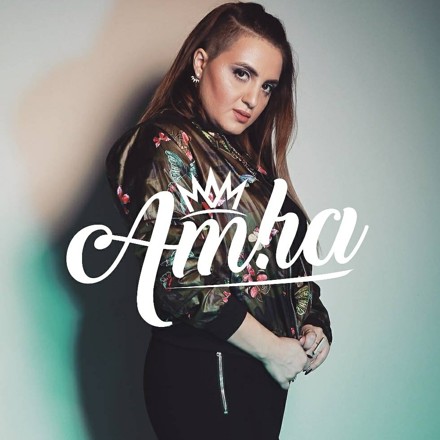 In English In Russian
AM!RA is one of the emerging talents in the DJ scene. She has grown up in a household where music has been part of her life since childhood.
Since she started her DJ career professionally, she has played in some well-known venues in Germany, Dubai, and Egypt, besides being a resident DJ at the famous Kikis Beach Bar in the North Coast. Besides, she has already been internationally recognized and nominated by "DJANEMAG" in the TOP 100 survey 2016 and 2017, in which her 'DANCE EDITION' set was classified as one of the TOP 10 mixes from March 2017 worldwide. The international voting portal "Djane Top" nominated her in the top 10 best female DJ's in the Middle East. AM!RA's remarkable music selection has been recognized by established radio stations such as "BN Radio" Germany and "Soulfinity" Australia, which broadcast their sets at prime time. Her mash-ups have reached thousands of listeners and are featured as track of the week on famous DJ portals.
AM!RA calls her genre MUSIC, as the most important thing for her is to take the crowd on a journey, which can include different styles, where she loves mixing it with energetic dance tunes and keeping her performances authentic.

AM!RA is a Music Director and DJ based between Egypt and Germany who has played in some of its best venues and festivals in Cairo such as The Tap Maadi and The Tap East, Zigzag, LIV Lounge and Royal Mohamed Ali Club for the Big Bang Festival. She was aswell music director and head of entertainment of 3 AM Club at Royal Maxim Palace Kempinski. She aswell played in Alexandria for numerous places like Club 35 at the prestigious Hilton Hotel, Montreal Club at Azur Hotel, 7 Sky Lounge and Cecil Club at the Steigenberger Hotel. AM!RA aswell gigged in Germany in Schneerot where many international DJs are guests. She has been awarded as one of Djane Top 10 best female Dj's in the Middle East and has been having guest shows on international Radio Stations such as Soulfinity Radio, Australia's No. station for House music and BN Radio Germany. AM!RA strives to always be up to date with her music catering to diverse styles and shares it on her regular mixes.