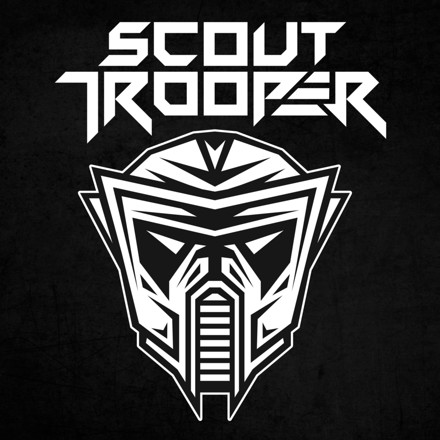 In English In Russian
Scout Trooper - is a project founded in 2012.

Here it could be written about the fact that Scout Trooper even in his early childhood listened to recordings of his dad / brother / friend / dog. Or, for example, about his first time at the party, where he's heard this space-borne / furious / piercing through sound (underline as applicable). How he, fascinated by the new idea, began to travel around the world attending festivals, bringing from there tons of new music and impressions. You can even talk about how he put his freshly produced track in his set during the performance and was greeted with indescribable delight and admiration of the local crowd; how he was respected by the invited headliner.

Scout Trooper is a new name on hardcore music scene. The man behind the mask. The man with no name. Incognito. Having started moving in 2012, the project was be went into oblivion in 2013 and now, after almost 7 years, project Scout Trooper is returning.
Scout Trooper - это проект, основанный в 2012 году.