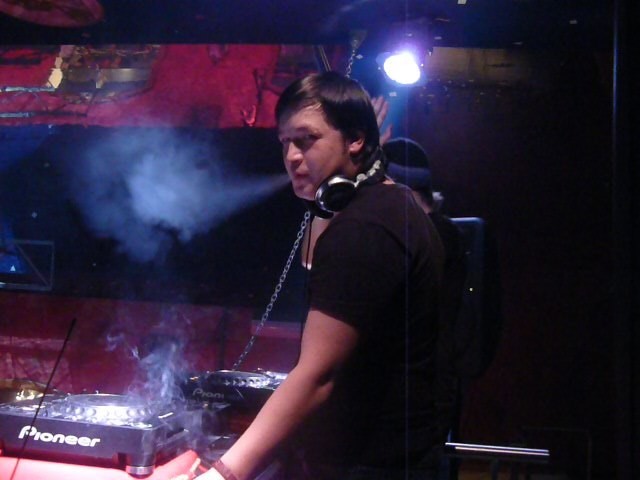 Being brought up in the atmosphere of the correct music that was promoted by parents, being admirers of The Beatles, Deep Purple, Pink Floyd, having a solid collection of plates and not the weak speaker system, that without suspecting brought up at the son love to good music.

Interest to electronic music was shown at elementary school. Without betraying it great value Shapiro Alexander (Sasha Petros) it was keen on other things which were beyk-dans and graffiti.

1999 sorted things out. To Rezidenstvo in night club of "Tornado" became for Alexander a starting point in electronic music.

Actively Sasha Petros started to play since 2000. People to whom Alexander's sets (written down on the cartridge pleased) over time met. After participation in every possible meetings and competitions of DJs organized in Samara and the Samara region, starts to receive invitations from promoters and art directors of clubs. At the same time was the resident of night club "Iceberg", after party of Flash club and certainly night club of "Tornado". (R.I.P.)

The fundamental moment in Alexander's career the offer part one of dancing radio station of Russia, radio "Record" (Samara) began to become. At first in quality a brand of the manager, and over time both the resident, and leading radio of the show "Acoustics".

"Acoustics" - Alexander's (Sasha Petros) project. For three years, every Monday on air of radio "Record" it was possible to take pleasure a house in music of absolutely different directions.

At Alexander's collection there are practically all shades a music house, but the main are Progressive/Deep/Tech house.

Alexander's musical addictions aren't limited to only an equal barrel. Under the pseudonym Shapiros, Alexander writes down Liquid/Soulful D'n'B and compilation Atmospheric Breaks.

Plus to all Sasha Petros let out three official compilations.