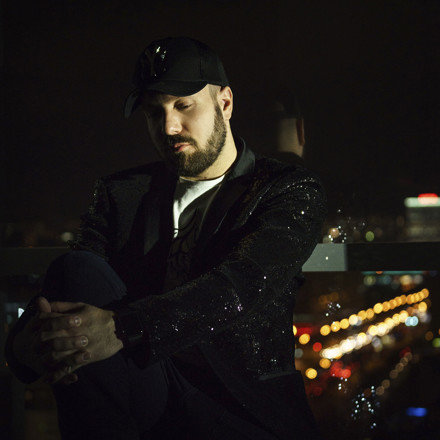 In English In Russian
Sasha Born (ex.Sasha Veter) - singer, composer, entertainer and DJ in one person. His Hits are top charted in the Web for years. The singer was awarded with the "Star of RUnet" award in 2011. In 2015 he won the prestigious music contest "HEAT-2015" by «MosProducer» music company supported by the Moscow City Art and Culture office, nominated and won the title of "Best Pop Artist".

The #TOP5 DJ's of the world - DJ Tiesto’s famous radio show was broadcasting one of the Sasha’s songs.
Sasha also recorded a duet song with ex-soloist of the legendary band KRASKI - Oksana Kovalevskaya.
He is always welcomed as a Resident of luxury Russian music parties in Germany - BIG EXTRA SHOW