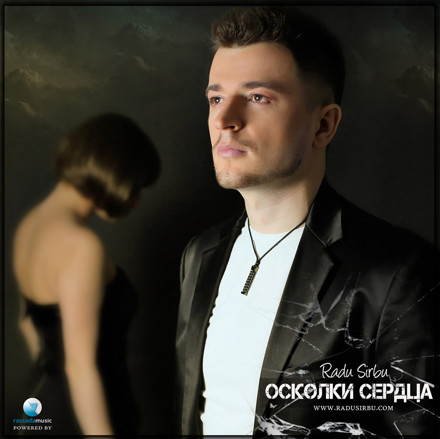 Radu Sirbu is a well know Romanian singer, songwriter and music producer. Radu Sirbu was one of the members of very popular band O-Zone, well-known for a series of hit singles such as ‘Despre tine’ and ‘Dragostea Din Tei’. ‘Dragostea Dei Tei’ became Nr1 in over 30 countries worldwide, and sold over 12,000,000 copies worldwide. It was the one of the best selling singles throughout Europe and Japan in 2004 - 2005. O-Zone’s best-selling album - the multi-platinum ‘DiscOzone’ (2004) – sold over 3,500,000 copies and was hugely successful in Japan. His own releases: After O-zone split(2005), Radu Sirbu began to focus about his solo carrier us a producer, singer and songwriter. In 2007 Radu took a break from his singing career, to open his own recording studio.. With the opening studio Radu decides to create himself his next album and spend the rest of the year in the recording studio, writing tunes for his next album. At the end of 2007 composed the song “Love is not a reason to cry” and decides that this track is the next single from his career as a performer. He signed this project with Universal Music Group. The new project was named MR&MS and released the single “Love Is Not a Reason to Cry” in late March 2008. MR&MS have also released an album, titled “Heartbeat”. In the end of 2008 “ Love is not a reason to cry” was nominated on RMA (Romanian Music Awards) in the category “Best new act” and also the track “Love is not a reason to cry” have success in Canada In October, 2008, Radu made a casting at his artistic center “Fame Music & Dance”, and created a unique project on Romanian music market-”DJ Layla” project. The first single of the project “Single Lady” song, was composed and produced by Radu Sirbu in November 2008. The song was launched in December 2008 and quickly climbed the charts of biggest radio station in Romania, becoming no. 1 in a very short time and keeping this position for a few weeks. In the next few months the song “Single lady” was launched on the biggest radio stations across Europe, becoming no. 4 in World Music Chart / Euro top. In 2009 “ Single Lady” was nominated on RMA (Romanian Music Awards) in the category “Best new entry”, and on RTH (Romanian Top Hits) in the category ” Best Featuring”. Radu Sirbu and Ana sirbu have won the category “Most Broadcasted song in 2009” on Radio Romania Actualitati (RRA Awards). “Single Lady” became a big success in countries like Romania, Ukraine, Poland, Bulgaria, Sweden, Czech Republic, Germany, Russia. In Russian on most important tops Single Lady has become # 1 in a very short time and keeping this position for 12 weeks also the track Single Lady was played over 400 000 times and for the moment it’s steel nr 6 in Russian Billboard charts. Also "Single Lady" song become no.1 on Radio Esca/Top Mobile in Poland. Recently the track of Dj Layla- Single Lady produced and composed by Radu Sirbu & Ana Sirbu was licensed in over the 15 countries us Bulgaria (K Music +), Poland (Magic records), Benelux (News NV Belgium); Israel ( Teta Making Music), Canada (SPG Music), Italy, San Marino (Do It Yourself), Spain (Universal Music/Vale Music); UK &Eire ( Ministry of sound); France (Universal Music) Russia + Armenia, Azerbaijan, Belarus, Kazakhstan, Kyrgyzstan, Moldova, Tajikistan, Turkmenistan, Ukraine, Uzbekistan and Georgia. Remixes by Radu Sirbu: Also Radu Sirbu activate us a successful remix producer. He produced a remixes for a few well know Russian artist. His remix produced in 2009 for Russian music company “Megaliner” for Aslan & Marina called “Gde Ti (Radu Sirbu RMX)” was Nr 1 in air play top charts for a few weeks. For this moment it’s nr 12 in Billboard Russia air play charts. Also Radu made production for other 3 song for same artist belong to Megaliner company and now the tracks are played on the big radio stations in Russia. Radu Sirbu produced few remixes for.... read more on www.radusirbu.com