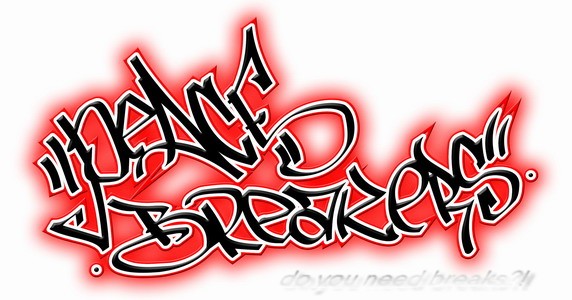 In 2005 they have been playing many different styles of music. But Breakbeat was the style to break their hearts and galvanize them into becoming true breaks DJs. And it's no surprise then that they decided to push things forward for the breaks scene of Crimea, Ukraine.

In the end of 2005 they formed promotional group called High-Level, who's aim was to rise the Breaks culture up to the new level. In May 2006 PEACE BREAKERS have set up the first Crimea Breaks Party with support of key players like Elite Force (UK), Finger (UA), Pablo Honey (UA) and officially introduced themselves to the public as PEACE BREAKERS.

PB are the ones who play using 3 decks satiating their music with scratching skills. Guys earned the reputation of an active, dynamic team who perfectly feel the audience. They play breaks that wows people and leaves no one behind. Expressivity and dance floor-friendly sets have become their trade marks. Their busy DJ schedule is getting bigger each day, taking in tour more and more cities and countries.

As a promoters PB have hosted a lot of breaks parties making public fell in love with their broken rhythms. And of course they have become honored guests of almost all PB parties in Crimea.