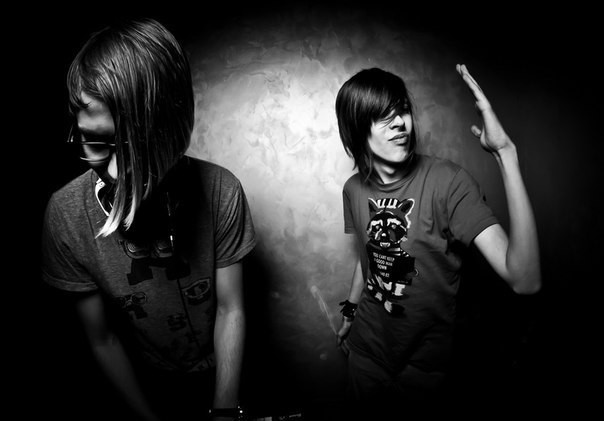 'The Normative' started in 2005 as a dream of two young man (15,16 years old) to play music. It was the New Sound Land club (Baranovichi (Blr.), where their first 'live' was held. At the beginning it was psy-trance and tech-house to serve, but then they developed their skills enough to realise they need something more. Making music was the idea. They decided to change CD and Vynil for the digital media. So they started experiments with PC+Ableton+Midi Behrenger BCD2000, and other musical soft- and hardware. It became a nice mixture of techno&breaks, techno&funk, progressive house&techno styles and different sound proceedings performed live. Producing the music falls into straight minimal-techno, though some tracks are a nice try-out in neighbouring styles. They became local stars performing on numerous public and local parties, open-airs. In 2009 guys move to Minsk (Blr.) to continue their contribution on the global scene, invadering new clubs, to get fresh experience and to continue producing music. Octovber, 5th, was the day of the first release by 'Normative'. Their "Masquerade" EP is a sample of tech of a proper quality to be played at clubs. And its only the beginning. 'The Normative': Dmitry 'Deenine' Achramovitch Artem 'Raq" Rachkovsky DJSET:Breaks, House, Minimal Techno, Neurofunk, Tech House, Technoid; Live:Techno, Tech House, Minimal Techno, Velvet Techno.