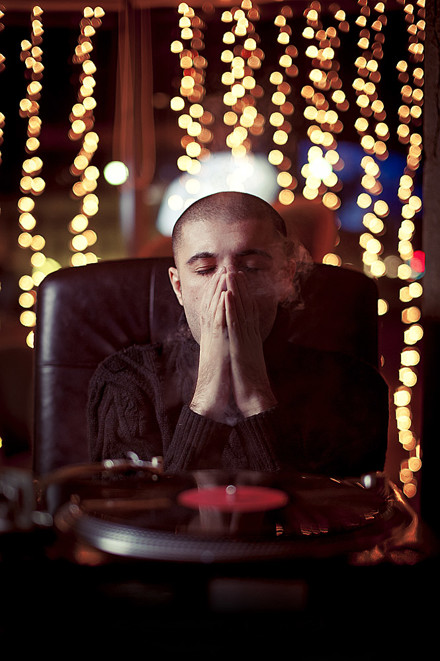 GEORGE MOSOH is a DJ with more than 15-year experience. Musical journalist and radio host. In the recent past, the author of several successful international radio and podcast projects:

Weekly radio show "The Way to Eden" for 4 years of work has reached the international level - sounded in more than 10 countries on 2 languages: Russian and English. Yet another confirmation of the high professional level of the program was the fact of awarding by the diploma of regional journalism contest "Crystal Crane" ("Best thematic radio program").

Upon the invitation of the Christopher von Deylen (Schiller), as the winner of the competition "Who's on Schiller?", GEORGE brought in to perform "the opening act" before a concert of this legendary project, performance of which take place on 20 and 21 November 2011 in club Crystal Hall, in the capital of Ukraine - Kiev.
Christopher von Deylen (Schiller) highly appreciates GEORGE's performance, in given on next day interview on a DJFM (click to listen).

In November 2012 on the world famous Mistiquemusic label came out the first release with GEORGE's participation - at once with 3 remixes from the creative tandem - MOSOH & P.E.T.E.K.

During the week from the start of sales, release got in TOP 100 - on 23 and 28 positions of the largest music web store - Beatport, at once in two genres: breaks and chillout, respectively.

In January of 2013 GEORGE were invited to the PROMODJ TV studio:

Record adjudged to the TOPs among the records of the such names as: Fonarev, Victor Strogonov, Proff, Spartaque, Sergey Sanches and Bobina.

A little more about the recent past

Resident of such radio stations as:

Video story about the performance on the same stage with Schiller: