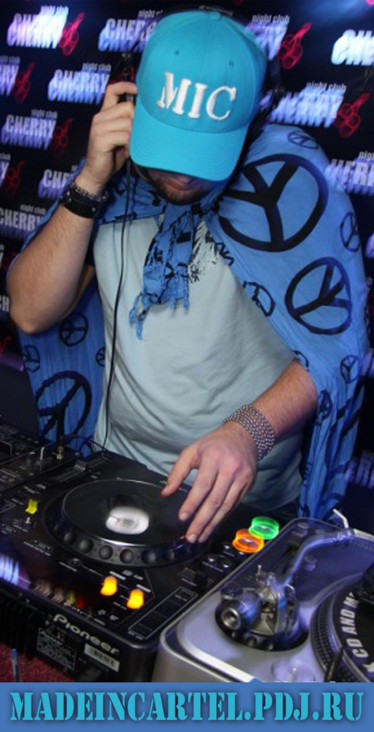 The GASpromo Dj Band was created in 2007. It united the talents of four particular producers:
Dj MadJay, Dj Kirbas, Dj MadeInCartel and Dj Bruno. Across the last 5 years the guys have been
involved in hundreds of self-production and side projects. GASpromo prefer the electronic music genres are:
expressive Dirty Electro House, the inflammatory broken rhythms of Breaks and Drum'n'Bass and a tinge of Disco!
One thing is constant, the unique energy & flow of these four guys has brought innumerable dancefloor destroying shows
across multiple countries. Rock is in their blood and it is impossible to hide! One can also always expect sonorous vocals,
spirited guitar riffs and unrestrained funk as they play to the hearts of their fans! Their performances are a winning combination
of contemporary and trendy EDM, underground hits, as well as the newest hottest productions along with the exclusive signature
tracks of their own music productions.

GASpromo started their career in Moscow nightclubs and very soon they became
the residents of the "In Beat We Trust project". Now they are in good connection with such
electronic music sharks as Danny Byrd (ENG), Far Too Loud (ENG), EZ Rollers (ENG),
Astronivo (ISR), John Spring (GER), DJ Dan (USA) and most of Russian pop & rock
artists as well as big name Russian DJs.

Brief details about the about the individual project members:

Original Creator of the GASpromo project. Taking his passion for electronic music and growing it into
a professional career. The creator of many online music resources. His main production & project, the fast growing community
of mixupload.org

Successfull Dj & producer who took GASpromo to an international level.