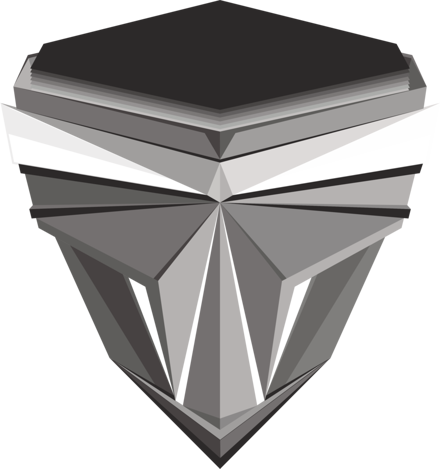 Anodyne Industries - Heart of the Machine - with remixes from Nanotek, Mars & Lex

In English In Russian
This is what happens when you grow up on electronic music from birth. The mathematically calculated beats flow in your veins, the distorted bass becomes your second identity, and the beautiful digital melodies start to feel like your soul. Nothing new to L3x, because it is about him.
L3x (read as Lex), also known as Alexey Kishko, has been listening to electronic music pioneers of 90s on cassette tapes since he could speak (which he needed to exchange mixtapes with peers). Breakbeat and what was dubbed "rave" at the time became the best friends of L3x, and music has been devotedly escorting him through life. At 11 he finished music school with excellence, and already at 14 he didn't miss a single important club event at his hometown.
From dancefloor to decks - 2006 was the year L3x' musical nature materialized in DJing. Rapidly gaining experience and popularity while experimenting with music styles, Alexey clearly defined Breaks and Dubstep as his genres of choice. He has played literally every venue in the town and no big event with a broken beat theme would happen without L3x' performance. His mixes have been played on numerous European, American and Russian radios (both FM and Internet), and developing the DJ skills led him to becoming a teacher of a DJing course at Kaliningrad's XSSR Music Academy (founded by a recognized breaks and dubstep producer Mars). L3x is a resident of a regular dubstep events "XSSR Nights".
Never going to content himself with DJing, L3x began mastering the production skills. 2011 saw L3x signing his first contracts with prominent dubstep labels, and in Autumn his remix of Nick Carter's "Love Can't Wait" won Listener's Award in a contest by Indaba Music. 2012 will be big for L3x, who is working on new tunes, unexpected collabs and sick DJ sets.

Bass Reflections is back at it again with another slew of bass heavy music to soothe your soul. This time we bring to you a new and upcoming artist from Russia who goes by the alias L3x. Conflict is a huge bass driven monster with a techy yet massive dancefloor vibe. The punchy drums and exciting leads drive this massive tune home!

Along side the original Bass Reflections have reached out for remixes from Sky Drone, Youthful Implants, and KillReall. Each remix is unique and driving its own respect and is sure to find a place in anyone's collection.

Anodyne Industries - Heart of the Machine - with remixes from Nanotek, Mars & Lex

Crawling forth from the post apocalyptic wasteland that was once San Francisco...

Anodyne Industries is a genre defying battlefield of mechanised break beats and subtle melancholy. His sound teases us with the hope of a better future while punishing us for contemplating the futility of our daily existence.

Since he announced his arrival in 2009, Anodyne has released a series of successful singles and EPs to growing acclaim. He has shown little need to conform to genre – moving seamlessly from half time drum and bass to dubstep – always remaining intelligent.

Heart of the Machine comes in the form of a four track EP. Two tracks are pure Anodyne: the title track is a sci-fi infused half time drum and bass exercise in defiance, and Kanjou Nashi: an intelligent dubstep number with subtle IDM edges. The release is rounded off with two remixes by Empathy’s favourite masters of the dark arts: Nanotek, Mars and Lex.

Nanotek lends his immeasurable sonic muscle to Anodyne’s Kanjou Nashi. Nanotek has unleashed his brutality through such eminent labels as Tech Itch Recordings, Obscene and Intransigent Recordings. The blackness of his soul is unquestionable, terrifying even the sturdiest amongst us. The resulting dubstep Frankenstein reveals darkness of spirit so deep it will be studied for generations as archaeologists wonder how ancient souls could be crushed by the weight of breakbeats alone.

Mars and Lex close out the release, visiting us from the vast expanses beyond the Dnieper. Their journey from the source of the sun sees the release end on an uplifting note. Their electro dubstep remix of Kanjou Nashi rises above the darkness to offer the dancefloor just a little hope that they might just survive the night.

To witness Anodyne’s vision, visit our soundcloud. Follow us for exclusive mixes and advanced previews!

This release will be available for bionic transfer into your consciousness from Saturday June 18 2011 in all good digital stores: Beatport.com,junodownload.com, itunes.com, amazonmp3.com and more.

EMPD024: Anodyne Industries - Heart of the Machine by Empathy Recordings