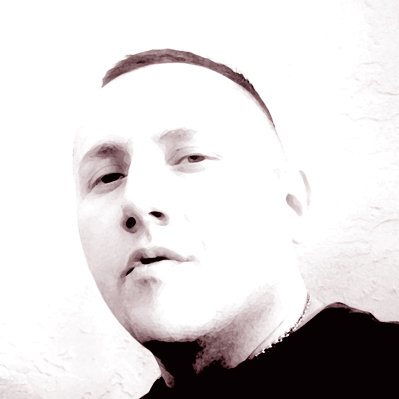 Follow me on Twitter!
www.twitter.com/joeylanzon
Also make sure to check my site for DJ Mixes
www1.ilovehousemusic.com/Joe-L…
www.mixcrate.com/joelanzon

Joe Lanzon is a San Francisco Bay Area based House & Techno DJ; since 1994.

Eventually moving from the underground scene into the club circuit, Joe Lanzon has made appearances or has been a resident DJ at some of the more notable SF Bay Area clubs & venues over the years. Venues such as: The End Up (SF), Temple (SF), Supperclub (SF), Ruby Skye's 4Fourteen Lounge (SF), DNA Lounge (SF) , Club 1015 Folsom (SF), The Usual (SJ), Future Friday (Maritime Hall, SF), Butter (SF), Holy Cow (SF)

-RADIO-
During the late nineties Several Pirate, College, and Mainstream radio appearances was the norm. And into the 2000's with the popularity of online radio and podcasts he has been a guest for several online stations including Temple Music Group's "Sustain Show", Chicago's Souljack Digital and also worldly played on the Dividual Dance Music Radio show.

In the mid nineties Joe Lanzon started a series of mixtapes that he called "Motivator" which were successful promotional tools and gathered a secure following. In 2009 Joe Lanzon decided to resurrect his "Motivator" series of DJ Mixes specifically for the web; And bring his music back to the masses.

The "Motivator" series still enjoys continued success and is a showcase of Joe Lanzon's programming and musical tastes. Now most recently he has enjoyed success with his "Saturday Sessions" series that brings his deep and tech house sounds.

The back catalog and future releases of his series can be found at http://www1.ilovehousemusic.com/Joe-Lanzon/music.php

"Smooth and seamless blends and upbeat flowing track selections best describe Joe Lanzon's style of DJing. And House and Techno music is his flavor. Whether the house is funky, tracky, or vocal or the techno is Detroit or downright banging' ; Joe Lanzon has the feel for it to bring it all together to take you on a musical journey and bring you higher."