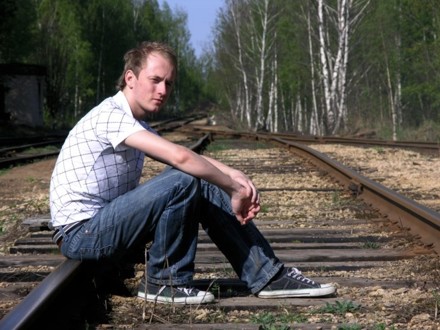 F-WORD is acknowledged representative of russian breakbeat culture in the world electronic dance music scene. Well-known by quality of his own production and remixes with magnificent level of DJ skills, he absolutely deserved standing on high position among founders of post-Soviet breaks scene.

Back to 90s, when the F-Word project had just begun this story, it was easy to feel the influence of hardcore and jungle sound, and the first beats of electronic music in it. Later, the new wave of breakbeat inspired the project to do some kind of serious experiments. Going back to roots, F-Word gains a great interest in funk, soul, hip-hop and DJ-culture. In 2005 he performs his first DJ-set and gets the inspiration from breaks music. After that, he finally steps into the breaks-music path.

The year 2007 was a very important year for the project and it was full of significant events such as "Red Devil DJ Battle" and release of the first single by F-Word project, which became popular overnight in many web stores. In june 2010 F-Word smased the world with magnificent 70-track-DJ-mix for Ninja Tune's Solid Steel radioshow. 2012 denoted for F-Word as the year of collaboration with other producers and vocalists.

At the moment F-Word produces new tracks and remixes, performs DJ-sets, and has more than 30 singles, many of them are in top charts of best-selling releases in popular web-stores. These tracks are being played on radio-stations all over the world. Artist shared lineups with such monsters of Electronic Dance Music scene like Timo Maas, Deekline & Wizard, Ed Solo, Ctrl-Z, Screwface, Slyde, Vandal, Beat Assassins, Jay Cunning and so on.