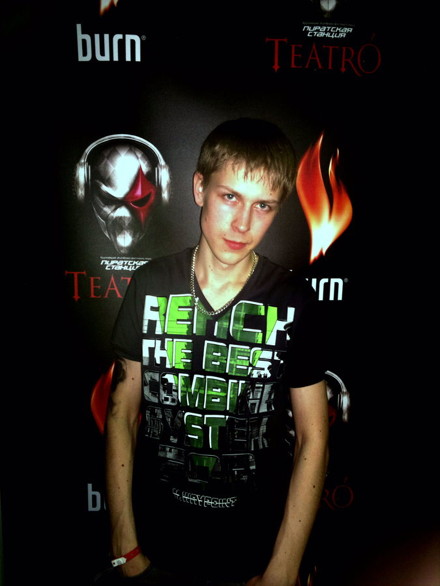 I and my friend

Skrebunov Pavel Mihailovich, creative alias DJ STEM. Started to get involved in music back in 2004, a special interest in the areas such as: hip-hop, breaks, drum bass. But the summer of 2007 still stood on such styles as: club house and electro house, and at this moment I have a desire to become a DJ in order to share accumulated over the years a collection of music with their peers. Comes autumn 2007 and I become a DJ of his school. Leaving school in 2008, went to the Tyumen region r. Sovietskii and worked there as a DJ in the restaurant "Victoria", after 4 months of returning home in the village Chunsky Irkutskoi area. And after 8 months he moved to the city of Krasnoyarsk, where he lived to this day. In general, I self-taught in any schools DJing, I had not studied, but lately I am trained creating music with video lessons. The basic style of writing music-club house, but sometimes I can not afford to try their strength and in other styles. The result did not wait:
1. July 2009, my first work together take in rotation on "RE: RADIO" city of Podolsk, Moscow region.
2. November 2009, the label "EffekT Production" produces music collection "EffekTny music ZONE vol. 1", which hit one of my copyright tracks.
3. January 2010, my author's track take on online radio "Peace people" in the "New Music 10", a month later, this same online radio gets my remix of a joint program of "New Music 14".

4.March 2010-the first internet release of my track "FANS FRENZY" signed with the label "White Storm Records", a track is now on sale at "JunoDownload"

5.May 2010-MP3-published book "Music lovers Style vol.1" from the music label "EffekT Production", which included two of my track "DJ STEM-To The Club" and the "DJ STEM-Only Good", so the same in May track "DJ STEM-Black Smoke" have in rotation on online radio (((ElectroN)))

Always fond of music made with soul, as write it exactly the same. At the same time try to create a memorable works.I say thanks to all those who appreciate this. Create your own visitor map!