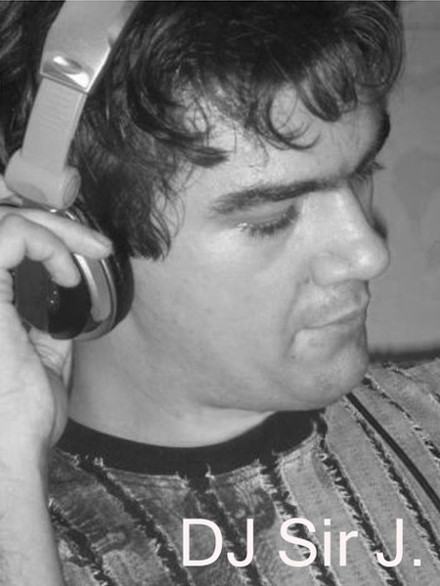 Listen to as much as you want.

Since summer 1996 I used the following equipment for 6 months...

I don't remember the number nor the name of the equipment; however I do remember that I only could hear the master output in the headphones. My soon-to-be DJ-friends couldn't even imagine how I was able to create a non-stop mix using that equipment...
Therefore I had to replug my phones from tape deck to cd player back and forth all the time.
One of the sources for my mixer was a Hitachi tape deck, which I enhanced with a controllable resistor. This allowed me to change the pitch by +/- 25% (maybe even more)... In addition the buttons had to be pressed very forcefully.
The socket was still an old one and thus I needed a adapter in order to plug in regular headphones (with a 3.5mm diameter).
But for everything to not become too easy my source on the second channel was just a plain CD-player by DUAL, which didn't have any pitch control at all. To achieve anything one could call a transition I had to preview all the tracks, rewind or fast-forward the tapes accordingly and write-down a tracklist of possibly matching tracks. While performing, I still had to do minor tweaking by adjusting the pitch (with a screwdriver on my tape deck) in order to properly crossfade to CD and back. It's needless to say that I had to continously play with the "Play / Back / Pause"-Buttons on both devices.
The headphone-socket on the CD-player had diameter of 6.3mm and made me use another adapter.
And all this WHILE ACTUALLY mixing...
_____
At my first party in October, 1996 with about 50 guests I performed with the equipment described above - while some friends of mine already used the DJM-500 and the StageLine Double-CD-Pitcher. After my set (I was the first to perform) and their sets - yet still on the same party - they asked me to try to perform on their equipment... And this is how I got introduced to professional equipment.
However many of them still remember the almost unreal set of that party I performed. And to be honest: my set made the guests party harder than those of the other DJs.
I can't really say I feel nostalgic about this equipment - but it's actually fun to remember once in a while... I'm not sure how many began their career in the same way, though I know that everyone has his / her own story to tell...
The Germans use to say: Was uns nicht umbringt, macht uns nur noch stärker!
Which means: What doesn't kill us, only makes us stronger!

well... this was quite a time... of course everything I performed on starting then, was better...
I constantly renewed the equipment as soon as I had a chance to afford new one.
Of course .. If I would have bought the best equipment right away, I might have saved several thousands Deutsch Marks...

Even though I am now able to just look at the BPM-led, I DON'T use it since I feel the rhythm instinctively!
I consider this function uncalled-for. It's a matter of common knowledge that the BPM should be exact the same while creating a transition - sort of axiom!
Otherwise a DJ shouldn't be allowed to call himself a DJ - that's of course just my personal opinion.

Overall I don't think that there's such a thing as "bad equipment" (except broken one of course). What does a poor dancer lack after all... ;-) ? To the lover of many styles!