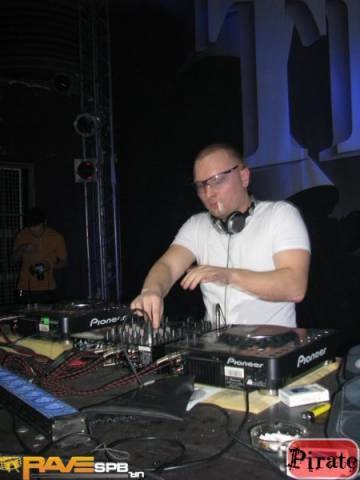 A promoter and organizational center Dynamic Dimension was in founded at the end of 2003 the enthusiasts of musical matter of Dj Deny and Dj Master'om. Less than for a year a center began to work good character the active activity both for visitors and at SMI, co-operating with him. Already on the second measure sponsor support a center was selected by a company GS Technic, presenting austrian power drink of Dynamic. In April, 2004 center of provl enormous measure of Rasta 2004, which drew together musicians from all Russia and Israel. In support this measure came forward row of SMI, such as: TV channels of TVC, ZTV, newspaper Action, row of most important musical internet-portalov Russia, Israel...

Dynamic Dimension can be legally named "zhstkoy" and kick-up promo-gruppoy Moscow. Every their evening-party and every koncept which they offer shocks and neizmenno causes interest for people.

Now Dynamic Dimension is a brand, widely knowable on all Russia. Promo-gruppa closely co-operates with the representative offices of Moscow and Moscow suburb entertaining establishments, successfully develops International School of Professional Di-dzheinga, within the framework of which dat powerful start beginnings di-dzheyam, to the musicians and promoters and inlays all efforts on development and advancements of culture of the broken music in Russia.

Since 2006 Dynamic Dimension creates the own base of professional equipment and begins actively to use him on tancpolakh. It the best Sound System for electronic music in Moscow (to thousand persons), professional di-dzheyskoe equipment, modern system of treatment of sound and also command of professionals which all of it is compelled slave