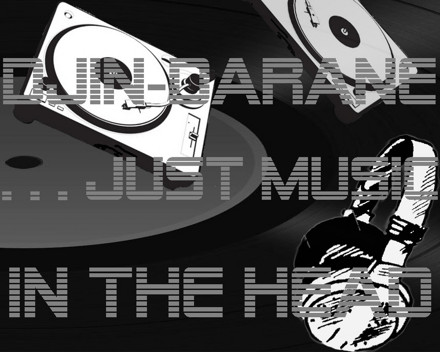 At 18, she moved to Berlin in order to pursue an education and got away with friends to enjoy new music. As it later turned out TECHNO.

... Music in my head, celebrations, parties, the first big techno events ... in Berlin ...

By noting that the dusty disks not sounds like at Grandma and Grandpa gave of himself, and always again watch what's going behind the DJ console, the interest and fascination grew to vinyl's.

From techno infected and a vision in mind, it can be as large renowned Dj's were summarily first two turntables and a 2-channel mixer to start.

Permanent dig in vinyl shops, try on the hunt for the fat sound, hours, mix together the plates developed slowly but surely, the style of DJin-DARANE ( techno and techno-minimal).

It was followed by underground party where it's finally allowed themselves to the decks and celebrated with the people.

Now living in Vienna are the possibilities of underground party's standing behind the decks, very limited. Tormented by the thought of not being able to hang up, it worked for her.

The idea was there, Internet radio.

Find anything on the network by the transmitter BunkerTV, that runs day and night anyway.

Followed by a DJ applications and this one of the DJ's of BunkerTV. What she is very pleased and proud with their own shows like "Vienna meets minimal and techno",  "retro-2000before",

and "MUSiC iN THE HEAD"

MUSiC iN THE HEAD DJANE and Producer