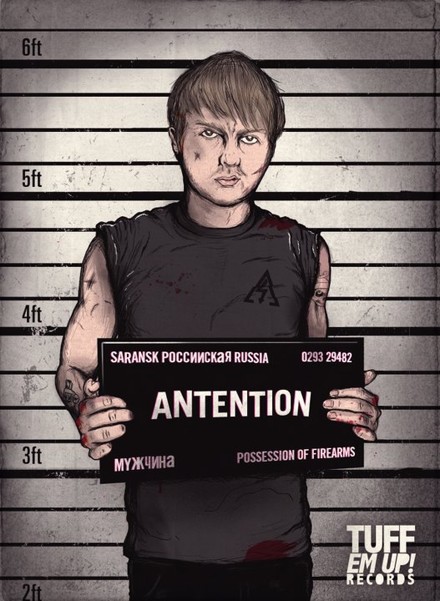 Forged from the war torn Saransk in the Russian Federation, a legend was born,

the world to its knees, and to once again make Russia the most powerful nation

in the world. And it begins now, Tuff Em Up!

With the attack plan underway, and the ever famous “Revolution” starting giv-

ing every kid who is strong enough to wield an AK47, ANTENTION has “AK Fourty

Sevens” for everyone. Be sure to keep on alertas ANTENTION is here to bring you

all down after the “jump”.

With the world demanding antention and his australian and european touring

reaching bursting point, thereare some even bigger plans set for 2011 and 2012.

Keep your eyes peeled for ANTENTION’s Releases on Tuff Em Up Records.