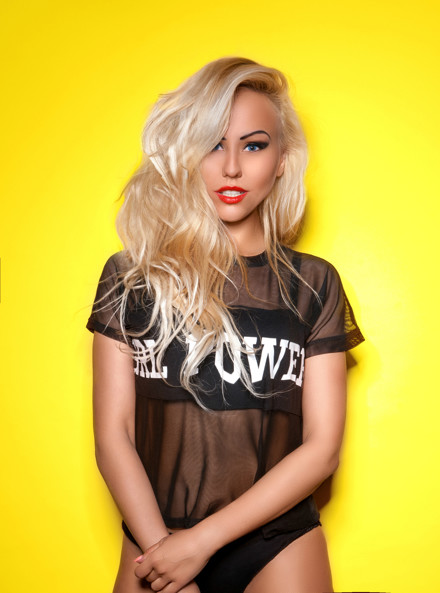 Sex in the city

All favorites 23
Top 4 Female DJ in the World

If you want to make a really good show, you shouldl invite a global star!DJ ZOLOTO - is an international DJ, she played her explosive sets in many countries of Europe and Asia. In Ukraine, where lives 48 million people, this is the best girl DJ in style R’n’B & House. Lady Gold works in show business for 5 years, so her work - is a professional show. Her sound mixes and compilations play on the

best radio stations around the world: Europa plus, Sunlife FM, Radio Ton, RAFTS FM, DFM. A whole summer 2011 Lady Gold worked as a resident of a night club PACHA, La Pineda in SPAIN. During her career she has released four albums with edition 2000 units, which all were sold.
Also, she takes a good position among the business model. In 2005 she participated in the nomination of Miss Ukraine. DJ ZOLOTO has its own unique style, all her clothes are made by World's leading designers in the Golden style, it is because of these costumes and it was named DJ ZOLOTO (which translated from Russian means GOLD).
You have to seethat unforgettable show!!!