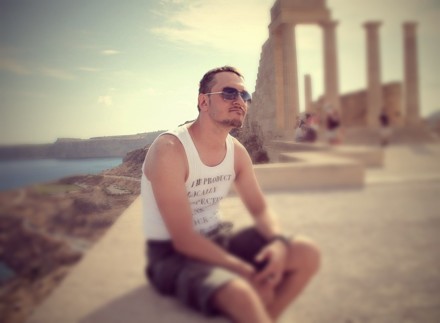 Started his career in 1997 on an ancient computer and Programmes at working under MS-DOS.

There he met with Drumm'n'base and Jungle music that also tried to compose the sequencer running under MS Windows.

In the early 2000s, became interested in Hip-Hop music.

Today, some of them are quite popular performers on the Russian stage.

Since the mid-2000s he worked in styles BreakBeat, Downtempo, tried to work in the style of Techno and Acid.

from 2008 to the present prefer EDM (Trance, House, EuroDance).

Music Creation worked mainly for themselves.

Since December 2012 updated hardware and took up music professionally signing a contract with the German label SOUNDOTCOM.

Currently my work sold in the US and Europe as Royalty Free Music.